VJ Manimegalai is courageous with her attitude. Her boldness is enough to make a voice and express her thoughts in a clear-cut manner. Anchor Manimegalai and her Husband Hussain both run a youtube channel named “Hussain Manimegalai” successfully with 1.63 Million subscribers. Hussain and Manimegalai speak no matter apparently without hesitating and how they represent themselves to people is where they gained their fans.

At present, Anchor Manimegalai is on the reality show Cook With Comali (CWC) on Vijay Television as one of the favorite Comali in all 3 seasons.

Manimegalai is aka Mani by her surroundings. Manimegala’s name in Tamil is ”மணிமேகலை” and Tamil meaning ”சந்தோஷமாக; ஒலிகளை ராணி” VJ Manimegalai is 32 years old woman (as of 2022) who was born on Monday, May 07, 1990. Manimegalai is Anchor by profession and is said to be a model. Her birthplace and native is Coimbatore, Tamil Nadu. Currently, she and her family are settled in Chennai.

Anchor Manimegalai is married to Hussain Shaik Kadhar, a Muslim man, but Anchor Manimegala belongs to a Hindu family and is Indian by Nationality. Her mother tongue is Tamil. Languages she knows are Tamil, English, Hindi, and Telugu. Her hobbies are, Listening to music and travelling. Her birth sign is Libra. Librans are extroverted, cozy, and friendly people.

Manimegala is 5 feet 2 inches in height and 60kgs of weight. A fair-toned beautiful woman with black-coloured eyes and Black Straight hair. She has a perfect body type. She is neither fat nor thin; she has an athlete’s body. Her body measurement is 32-30-33 (B-H-W). VJ Manimegala’s shoe size and tattoo details remain unknown.

Manimegalai’s native place in Coimbatore. Her father’s name is Ramayappan, a businessman in Tirupur, and Her mother’s name is Jyothimani, a homemaker. She has one younger brother, Gunamani, who finished his graduation in Visual communications.

After studying, she happened to work as a VJ on Sun Network. While working, she met Hussain Shaik Kadhar, assistant dance choreographer, and she dated him for a year, then they married each other.

At first, Manimegalai confessed her love to Hussain and they began to communicate by phone on 05th March 2017. Hussain and Manimegalai first met on 10th April 2017 in Chennai. On May 4, 2017, after celebrating Hussain’s Birthday on his shooting spot in Hyderabad, Manmegalai met with a car accident in return to Chennai. After 8 months, They got married on 5th December 2017 in the Paris conner Register office.

Manimegalai studied in Coimbatore until 3. After, she was taken to Chennai. where her whole family moved to Chennai. There she studied at Santhosh Vidyalaya Matriculation Hr. Sec School. After that, she studied at her college and finished her master’s degree, MBA, at SRM University. After studying, she happened to work as a VJ on Sun Network.

Manimegalai hosted a program named “Super Hits” on December 30, 2009, at 17, which aired on Sun Network. It was her first debut in the Television Industry. She has hosted many live and reality shows on Sun Music, like Franka Solatta, Kollywood Diaries, and Black.

After hosting several live shows, she began to thrive and eventually took interviews with celebrities and stars. After working for 9 years in Sun Network, she left out from Sun Network. She joined Vijay Television only to participate in a reality show, “Mr And Mrs Chinnathirai,” accompanied by her husband, Hussain Shaik Kandahar.

Once she rose in Vijay Television, she began hosting many reality shows and some more special ones on Vijay television. By 2020, she participated in a reality show, “Cook With Comali,” where every fan of her came to know that she was capable of anchoring and putting public opinions and had this comical version of Manimegalai. So, from all the seasons of Cook with Comali (CWC) , people celebrate her naughtiness on that show.

Manimegalai has hosted events like Culturals in Colleges, Audio launches, and Award Functions. For instance, She hosted her first audio launch for the movie “Tik Tik Tik” starring Jayam Ravi.

VJ Manimegala continued to host many other audio launches and success meets events. Likely she hosted a successful meet even for 96 movies too. Also, she participated in fun debate shows and grabbed the audience’s attention with her expressive speech, and also hosted the 2021 Behindwoods Awards as behindwoods anchor.

Initially, in a serial name “Bharathi Kannamma,” director Mr Praveen Bennett asked Manimegalai to do a role in his serial as a negative role (now, the character was covered by Farina). By then, Manimegalai was not interested in acting as she was only concerned with achieving a promising career in anchoring, so she dropped out. But for the information, she did a film, “Dada”, which is considered her debut film and is soon to be expected released.

She was considered an excellent entertaining anchor and received awards for that. In 2016, she got the “Best Anchor” award from the World Human Integration Council Award of Excellence, Received from the hands of then-Governor Dr K.Rosaiah.

In 2017, she got awards for “Chennai Times 15 Most Desirable Women on Television” ( 14th position) from the Times India. In 2018, she received the “Best Anchor” award from Alegria Awards. And she was nominated for “Best Host Female” in Galatta Nakshatra Awards.

In 2021 she and her husband got “Entertaining Star Couple” ( through their youtube channel) from Blacksheep Awards and “Best Digital Content Creator” from Behindwoods Digital Gold Icon Awards. She was nominated for “Favourite Comedian” ( Non-fiction for Cook with Comali)” for Vijay Television Awards. She and her husband won “Favourite Star Couple Vlogger” from Black Sheep Awards.

In 2022, she got nominated for “Favourite Anchor” from Galatta Iconic Women of Television 2022 and “Best Anchor Female” from the 7th Annual Vijay Television Awards.

Salary, Net Worth and Income

Hussain and Manimegalai own three cars and two sports bikes. At First Hussain and Manimegala’s first car Hyundai i20, price 9 Lakhs. Next, their dream car BMW X7 in metallic blue, priced at 1.18 Cr, and a few months ago they exchanged their old car by getting a new car Hyundai Venue in cream white, price of 7.53 Lakhs. A few Months back their first bike KTM 300 cc got theft and was priced at 2.50 Lakhs. After missing a bike, they brought a new bike in BMW ES, priced 3 Lakhs.

Manimegalai is becoming more famous on social media because of her expressive talks and the famous ” Cook with comali” show. She had raised many fans everywhere, especially on Youtube and Instagram.

On Youtube, she constantly posts her daily updates where fans have the chance to update her schedule and know what she is doing currently. He uploads youtube shots also, which will be entertaining for her fans. In their support, Hussain and Manimegalai have 1.63 Million Subscribers on their Youtube Channel named as @Hussain Manimegalai.

On their youtube channel, she uploads videos in a manner where her followers get to know her by viewing Manimegalai house tours, lifestyle, entertainment, and game challenges. Especially with her husband, he is the secret strength for her behind all those videos. 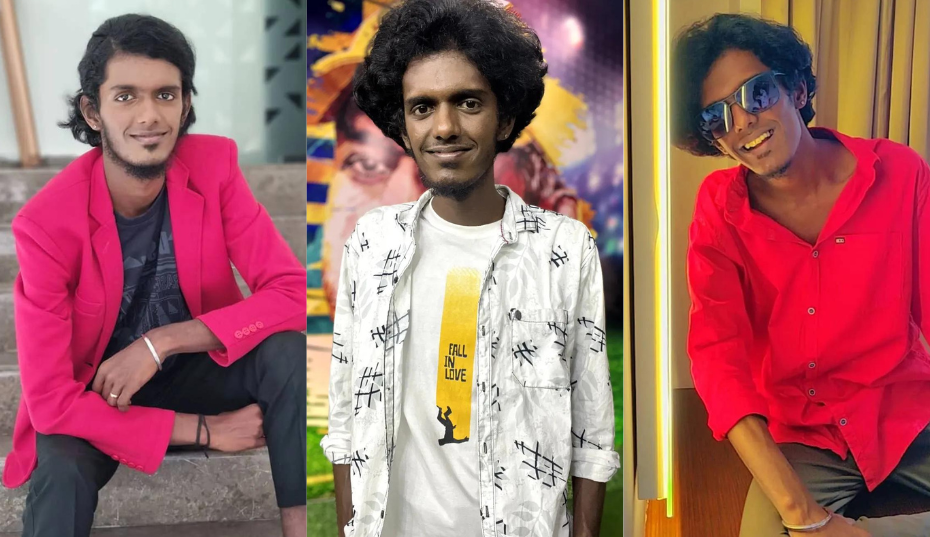 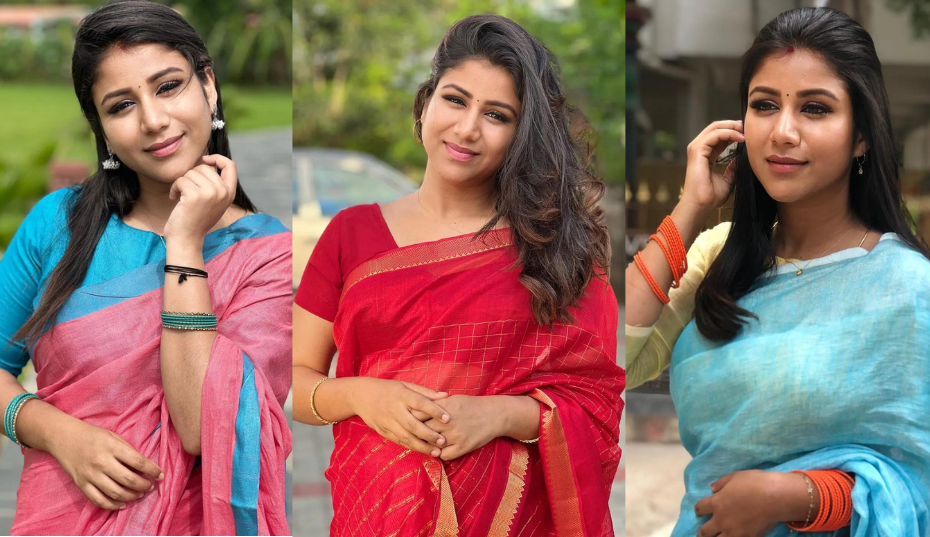 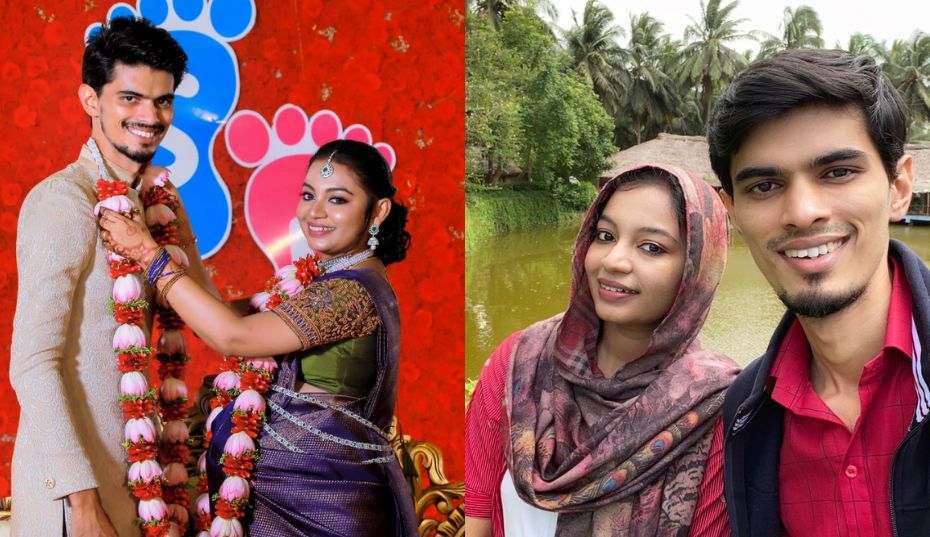